Mikk combines singer-songwriting, Indie-Pop and folktronica.  In March 2023 her Debut EP "Shadow Selves" will be released. Inspired by C.G. Jung's concept of the unconscious, irrational and dark sides of a personality, which he called "Shadow Self" and social-psychological concepts which assume that people have not just one I (Self) but several (Selves), build the fundament of her song lyrics. She playfully and reflectively puts the often-difficult relationship dynamics between two people, or towards oneself, to the spot and touches on projections, misunderstandings, unfulfilled wishes and longings. 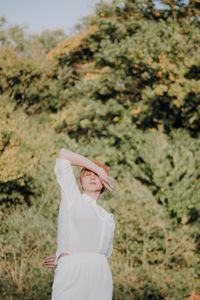